The Truth Of Tuesday Night

I am an intelligent person
I will control my emotions,
not let my emotions control me.
Every time I am tempted to use food to satisfy my frustrated desires, build up my ego or dull my senses,
I will remember - even though I overeat in private,
my excess poundage is there for all the world to see!

Hi everyone! I'm back reporting on my weigh in's.  I haven't been to a TOPS meeting since the last time I posted.  I have been busy in camp planning mode for my Brownie unit and those meetings have been on Tuesdays as well and then last week was cancelled due to weather.

I wasn't sure how I would do.  I know I had been WAY down due to some stress.  That stress caused me not to each much.  But the stress lifted and I went back to munching away.

I did manage to get it a few walks the past few days and perhaps that was my saving grace.  I did see a loss on the scale, but not as huge as it could have been for 3 weeks.

I decided last night that it's time to step it up and make a concerted effort to change.  I say that so much and then flounder around.  Again that is what I have been doing, but I'm hoping the nice weather will be encouraging.

Here's hoping anyway.  If nothing else, I still have not given up on the battle!


You take my hand,
and I'll take yours,
and we'll start out today.
For a helping hand is what we need to help us on our way.
The way to goal is a lonely road,
we need someone to care.
Reach out my friend and take my hand,
and then we're almost there! 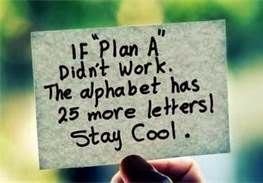 This is a post I have intended to write for a long time and never actually got around to it.

Last Wednesday was Bullying Awareness at the school for the kids. Everyone was encouraged to wear pink as a way to come together.

I'm not sure how I feel about this.....I have heard stories of kids getting picked on by NOT wearing pink and secondly, I'm not sure that this really does anything for Bullying Awareness.

Here is my point of view on bullying....and it comes from my own personal experience and of being a parent.  I should also note that my soap box is a bit high on this subject, but it's mine to shout from.

I whole-hardily believe there is no such thing as bad kids.....they are a result of bad parenting.  Does that actually mean I think their parents are bad?  No, but I think they have perhaps misguided them.  Did you know that I am a parent that will make their kids sit in a time out in the middle of Costco or apologize to strangers if they have done something impolite?  Case in point....during a family vacation to a hotel with a water park, Hayden was having a hard time keeping his excitement under control....he got spoken to by the life guard a couple of times.  We made him sit for a time out and then go apologize to the life guard.  On this same trip, Hayden cut in front of a toddler who's dad was waiting to go down the slide with him....I made him go and apologize to the parent for doing that.  Why did I bother you might ask?  Because it's polite.  It's not that his action was a big deal, but he needs to understand that even his small actions have consequences.  Another case, a boy in Hayden's class approached me after school and told me that Hayden called him a loser.  I asked Hayden about this when he got home and he was very upset and insistent that he didn't do it, that it was another boy blaming Hayden.  I phoned the boy's mom and let her know about the situation in case it came home.  I told her that Hayden was insistent that it wasn't him who said that, but if she found out different information that was convincing, then to let me know and Hayden would be calling to apologize.  I think the mom was a bit shocked that I phoned...I get the impression that things like that just don't happen much anymore, but in my house they will.  I feel you always have the opportunity to make it better if you act quick.

I am fortunate that I haven't had to deal with my kids coming home and being bullied...not yet at least.  I'm not sure how I would handle it either, to tell you the truth.  My parents were good at comforting me and talking about it, but not the type to march down to the school and demand change.  Mind you, that was also a different time.  While bullying itself has not changed,  the way kids are reached has.  At least when I was being picked on, it ended when I went home...there was no social media to follow me home (and I won't even get started on kids and social media access!)   Is it a lack of engaged parenting?  I don't know the answer to it.

Here are more of my thoughts on bullying.  I once answered questions about this topic for a parenting magazine and my thoughts were this.

Bullying has a lasting impact on the person that receives it.  The person that dishes it out forgets completely, I'm nearly 100% positive of that!  This whole article came out about the same time as the Columbine shooting and my first thought was....I get it!  I get how that child could not get past it.  While I don't agree with the level of violence, don't think I am condoning that, but I get the lasting impact they felt.  I still clearly remember so many events.

A snip-it of things I remember: In kindergarten, a boy opening and closing the bathroom door while I was in there and making fun of me.  Not wanting to go to Fun Day at school because they made you do things like crawl under chairs and benches and I knew I was too big to do that.  Going on a trip in high school and having kids throw candy at me on the bus...it was stuck in my hair and on my clothes and those same kids yelled at me to stop following them in the mall and told the kids I did meet up with to not let me walk with them.  Walking down the street in Toronto in college and a stranger walks by and says "excuse me, you have something on your chin"  when I wiped it, he laughed and said "no, your other one!"  I'm 36 years old and these events are at least 15 years old and I remember them pretty clearly.  But why do I think the bullies don't remember?   I think to them, it's just words, that don't have an impact.  I ran into a girl from high school at the hockey arena when I was dating my husband.  Keeping in mind that she had had too much to drink, she commented that someone just told her she was mean in high school, she then asked if she was mean to me in high school and for a minute, I just about gave the "no" response, but decided against it...realizing I owed her nothing and said "yes, you were actually".  She was MORTIFIED and very apologetic.  I suspect if I approached a number of other people, they would have the same response.

I am also not suggesting that I am blame free and I did some bullying myself.  Some I have made amends for and others that I am unable to.  I would if I could though.  I know I did it because I needed to feel that I was better than someone...anyone. 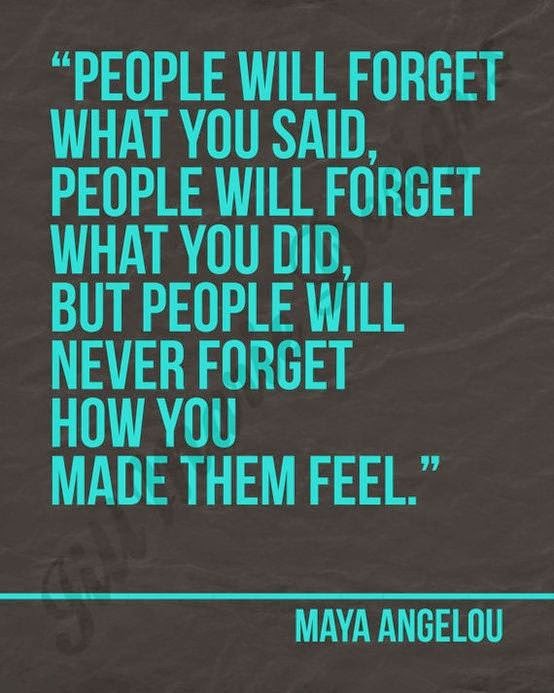 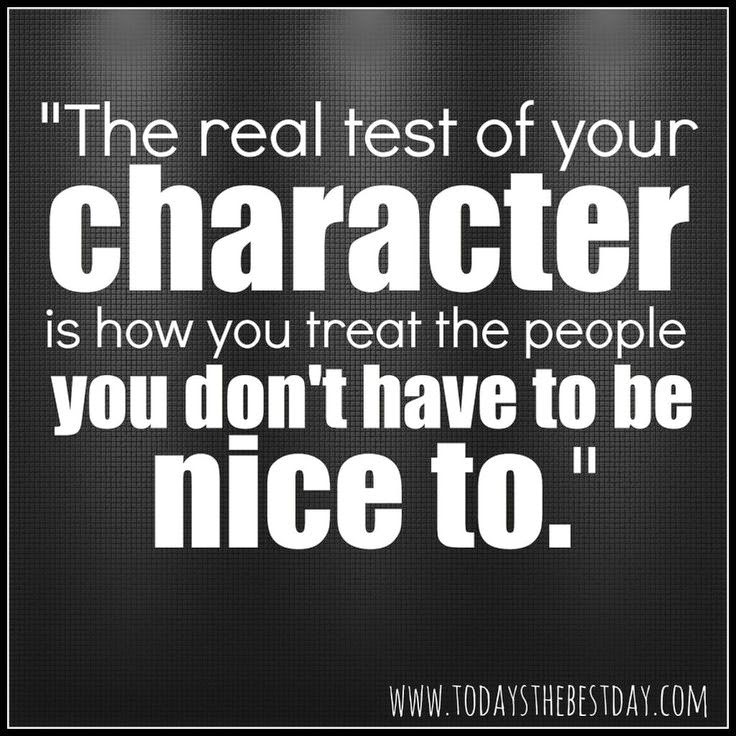